Condition: The best replacement for damaged, faded or missing original is a brand new emblem. Peel rear adhesive liner and install. Price is for set of 2

1- Prior to removal of the old emblem, wash the emblem with dishwashing soap. Pat dry the emblem and the surrounding area. Move car to a shaded area.

3- Remove old emblem. There are several ways to remove old or damaged emblems on youtube. Look up how to remove emblems from a car. Choose the method you think is the best for you.

5- Remove rear liner from emblem. Avoid touching the exposed adhesive by holding the emblem from the edge. Do not drop the emblem! Carefully position the emblem in the masked frame. Don't press until you are satisfied with the position of the emblem. Once located to your satisfaction, gently press on the emblem, center to right and then center to the left of the emblem. Repeat once more and it is done. 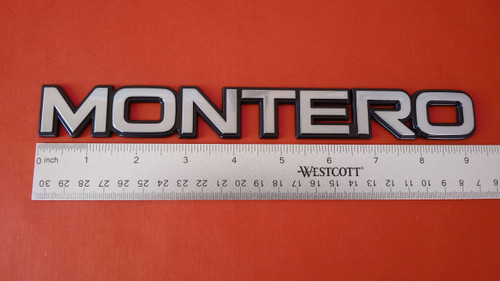